Eating Disorders are not diets.

But are Mental Disorders with physical side effects.

This is a difficult topic for me to write about. I have had this post ready to publish for quite some time, but haven’t had the guts to share it. The fear of feeling judged or looked down upon has led to me keeping this to myself for many years. I am not using this as an excuse for my weight gain, I am simply sharing my story so others who are struggling know they are not alone.

Most people are pretty familiar with the term Eating Disorder. It is described as any range of psychological disorders characterized by abnormal or disturbed eating habits. Many people only consider there to be two types, which would be Anorexia or Bulimia. But there is a third, and it is equally as painful to deal with and as difficult to recover from. It is called Binge-Eating Disorder, and I’m going to share my experience with it.

For those of you who aren’t sure what Binge-Eating Disorder is, it is pretty much described exactly how it sounds. Individuals who suffer from this will consume large amounts of calories in a short period of time, usually in private, and will feel complete embarrassment, disgust, and guilt after a bingeing episode is complete. During this “episode” the individual will feel a lack of control, as if they cannot stop eating nor can they control what they are eating. I know this may sound foolish to someone who does not struggle with it, but I promise you it is real, and it IS an issue.

As for myself, I have struggled with both Binge-Eating and Food Addiction for several years. I didn’t always have an unhealthy relationship with food. I would say it started shortly after moving out of my parents house.

I’ve briefly mentioned in the past that at the age of 21 I decided to rent an apartment with a guy I had been dating for just two short months. I learned very quickly that I had made a huge mistake, but with my stubbornness and my determination to stay independent I refused to move back home (even though my parents tried to save me over, and over). This relationship was nothing but toxic. I was mentally and (on occasion) physically abused, to the point where I still struggle with the after math nearly every day of my life. I choose not to go into detail in fear he may somehow fall upon this blog, and old issues will again resurface.

I was beginning to feel like I lost control of every aspect of my life. My perfect credit score I worked so hard to earn had dropped to the 300’s. I was constantly being lied to, cheated on, and stolen from. I needed something to ease my pain, to make me forget what I was enduring. To block out the actuality of what I was allowing to happen in my life. I needed something to numb the cold hard truth that I was losing myself. During this time I looked for any form of comfort.  I found that comfort in food. I began to eat. A lot. And I wasn’t eating healthy foods. I would buy any form of junk food I could get my hands on, and I would eat all of it. For that brief moment in time, I would feel no pain. I would forget everything I was going through, all of the mistakes I’ve made, and the ones I was still making. Until the food was gone, that is. And then reality was back full force. Only now, I also had to feel guilty about the food I mindlessly consumed.

Binge-Eating is more than a disorder for me, it’s an addiction.  I get somewhat of a “high” when I’m in the middle of it, much like I would assume any drug addict or alcoholic would. It’s almost like I lose myself; nothing else matter for the time being. It’s scientifically proven that highly palatable foods actually release feel good chemicals to the brain. Temporary euphoria. Although my toxic relationships and bad decisions ended, my addiction to food did not. My favorite time to binge was always when Mike used to work later than me. This meant I could fill my stomach with food before dinner, without anyone knowing. I wouldn’t eat just one thing. I would rummage through my pantry and fridge consuming everything in sight until I couldn’t fit one more bite of food in my stomach. As soon as I was done with whatever copious amount of food I had consumed, the guilt would start to hit me. I can’t seem to think about anything else when this happens, except how much I just set back my weight loss, how horrible I feel from over eating, and total disappointment that I relapsed, so to speak. The worst part is that sometimes I binge eat because I am upset with my weigh in at the end of the week. That alone proves it is more a mental issue than anything else.

I’m not saying that having a food addiction or eating disorder is harder than any other addiction, I just think it is a special case. When you are addicted to drugs, alcohol, sex, you can stay away from it completely. You don’t have to have the will power every day to only eat one serving, or consume the calories and refuse to throw them up, or even to just consume the calories in the first place. You can simply take your addiction out of your every day equation and never put yourself into the predicament of giving into temptation. But you have to eat. And you must have control over your disorder every. single. day.

I think part of the reason I was afraid to share this is because people don’t think it’s real. They assume individuals who binge eat are just fat, lazy, over eaters who have no respect for their own bodies. If I have educated you on anything today, it’s that eating disorders all start with a mental disorder. And there is more to it than meets the eye.

I still struggle with this from time to time, but I have gotten it (mostly) under control. I “slip up” on occasion, but that is to be expected as I am only human. I’ve tried to stay away from certain foods that tend to be more difficult for me to control, and I keep healthier snacks in the house. I never allow myself to get too hungry, because I find that is when I am most likely to binge. Before eating I try to remind myself how I will feel when I’m finished. I’ve mentioned in previous posts that my relationship with the scale is pretty much over, and I only step on it every once in a while. I find it easier to keep a healthier state of mind when I do things that way. Recovering from something like this has to start with finding a way to love yourself and letting go of all the negativity in your past. That’s something I work at every single day.

Those of you that struggle with an eating disorder, I feel you. No matter what form it is, it’s an every day struggle and you’re strong for working through it. Talk to someone, find help, or figure out whats toxic in your life and get rid of it. You’re too important to let something control you! I am unbelievably grateful for the amazing support system I have through the good days, and bad.

Hello! My name is Heather, and I've created this page to share my experiences with PCOS, Infertility, and my journey to Self Love. Hit "follow" below to join my adventure! View all posts by Heather P 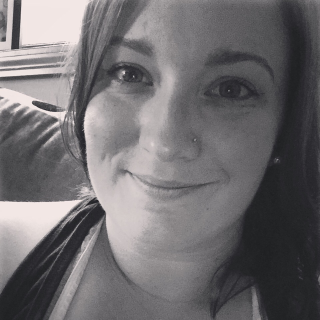 Hello! My name is Heather, and I've created this page to share my experiences with PCOS, Infertility, and my journey to Self Love. Hit "follow" below to join my adventure!